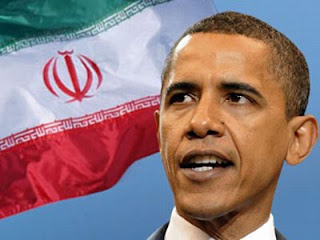 President Obama doesn't have a problem kicking this can down the road. He never liked Israel anyway.

While Carney would not respond directly to questions about whether President Obama would have to decide within a year whether to use military force against Iran to stop it from obtaining nuclear weapons, he did say Obama’s policy is “clear.” [...]

Asked whether Panetta’s view puts a timetable on Obama, Carney said: “It doesn’t change our strategy, which is to continue to put pressure, continue to isolate, continue to make clear to Iran what its options are.”

Obama has said the United States wants to resolve the nuclear issue with Iran diplomatically. The United States and European Union have both imposed economic sanctions against Iran’s oil exports, prompting Iran to threaten to close the Strait of Hormuz, a vital oil passageway in the Persian Gulf.