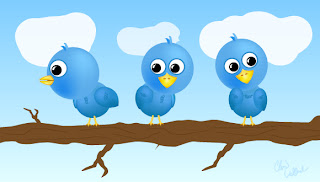 Iran and China are the most happy recipients of this news from Twitter.


NEW YORK (AP) -- Twitter, a tool of choice for dissidents and activists around the world, found itself the target of global outrage Friday after unveiling plans to allow country-specific censorship of tweets that might break local laws.
It was a stunning role reversal for a youthful company that prides itself in promoting unfettered expression, 140 characters at a time. Twitter insisted its commitment to free speech remains firm, and sought to explain the nuances of its policy, while critics - in a barrage of tweets - proposed a Twitter boycott and demanded that the censorship initiative be scrapped.
"This is very bad news," tweeted Egyptian activist Mahmoud Salem, who operates under the name Sandmonkey. Later, he wrote, "Is it safe to say that (hash)Twitter is selling us out? Keep on reading...