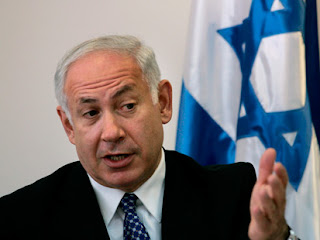 The New York Times is an enemy of the American State too.

Steve Linde, addressing a conference in Tel Aviv of the Women’s International Zionist Organization, said Wednesday that Netanyahu made the remark to him about the newspapers at a private meeting “a couple of weeks ago” at the prime minister’s office in Tel Aviv.

“He said, ‘You know, Steve, we have two main enemies,’ ” Linde said, according to a recording of the WIZO speech provided to JTA. “And I thought he was going to talk about, you know, Iran, maybe Hamas. He said, ‘It’s The New York Times and Haaretz.’ He said, ‘They set the agenda for an anti-Israel campaign all over the world. Journalists read them every morning and base their news stories … on what they read in The New York Times and Haaretz.’ ”

Linde said he and other participants at the meeting asked Netanyahu whether he really thought that the media had that strong a role in shaping world opinion on Israel, and the prime minister replied, “Absolutely.”