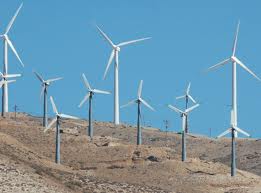 Where is PETA when you need them?

The U.S. Fish and Wildlife Service is investigating the bird's death at the Spring Valley Wind Farm near the Utah border, 350 miles east of Reno, spokesman Jeannie Stafford said.

San Francisco-based Pattern Energy, owner of the 152-megawatt wind energy project that sells power to Las Vegas-based NV Energy, turned over the dead eagle to federal authorities within 36 hours of its discovery in February.

Despite reporting the death, the wind farm could face a fine because it does not hold a federal "take" permit that would allow the incidental death of a golden or bald eagle... Keep on reading...