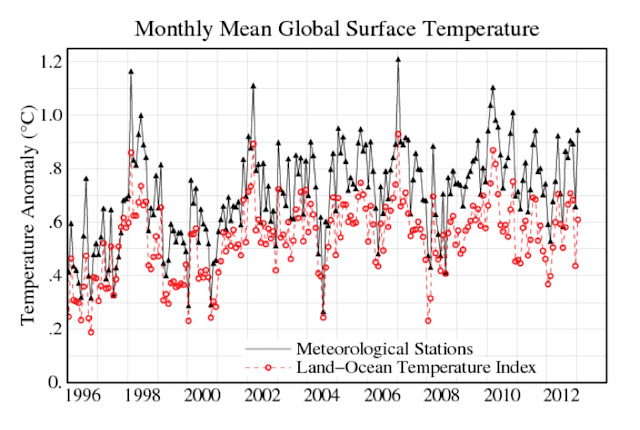 
DEBATE about the reality of a two-decade pause in global warming and what it means has made its way from the sceptical fringe to the mainstream.

In a lengthy article this week, The Economist magazine said if climate scientists were credit-rating agencies, then climate sensitivity - the way climate reacts to changes in carbon-dioxide levels - would be on negative watch but not yet downgraded.

Another paper published by leading climate scientist James Hansen, the head of NASA's Goddard Institute for Space Studies, says the lower than expected temperature rise between 2000 and the present could be explained by increased emissions from burning coal.

For Hansen the pause is a fact, but it's good news that probably won't last.

International Panel on Climate Change chairman Rajendra Pachauri recently told The Weekend Australian the hiatus would have to last 30 to 40 years "at least" to break the long-term warming trend.

But the fact that global surface temperatures have not followed the expected global warming pattern is now widely accepted.

Research by Ed Hawkins of University of Reading shows surface temperatures since 2005 are already at the low end of the range projections derived from 20 climate models and if they remain flat, they will fall outside the models' range within a few years.