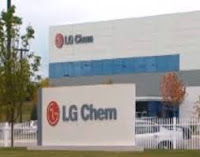 When a companies can get free money from the government, they cease acting like a company and start behaving more like a government agency. There is little incentive to be efficient, move quickly or even produce anything...


Speaking at Argonne National Laboratory on Friday, President Obama announced $2 million in green energy subsidies with the goal of getting U.S. cars and trucks off oil.
Argonne, a Department of Energy lab that has received more than $2 million in stimulus funds, partnered with LG Chem Michigan in 2011 to produce electric vehicle batteries, providing the manufacturer with its own patented battery design, according to the Washington Free Beacon.

The batteries were supposed to power the Chevy Volt. The problem is, LG Chem hasn’t produced a single battery yet.

The company received $151 million in stimulus money in 2010, which was intended to cover half the construction costs of its Holland, Mich., factory. Its other plant is in South Korea.

LG Chem was supposed to use Argonne’s design to produce the Volt batteries in its Holland plant once construction was finished.  But according to a recent Inspector General report, the company’s employees have been too busy playing video games to produce any batteries, despite spending $142 million.


LG Chem has been accused of wasting their stimulus money...
Posted by Bluegrass Pundit at 5:50:00 AM