Your tax dollars at work: Obama gifting $200 million to Jordan... 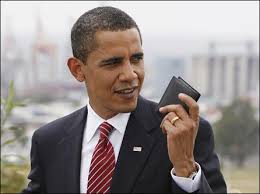 The White house is still closed to children's tours...


AMMAN, Jordan — President Barack Obama said he and King Abdullah II haven’t reached an answer about what to do on Syria, but he promised $200 million in new humanitarian aid Friday to help the government here manage the influx of hundreds of thousands of refugees from Bashar al-Assad’s regime who’ve entered the country.

Reiterating that he sees the question of Assad’s toppling as a when, not if, he also warned about the possibility of anti-American, terrorist forces taking power in the aftermath.
“I am very concerned about Syria becoming an enclave for extremism. Because extremists thrive in chaos, they thrive in failed states, they thrive in power vacuums,” Obama said during his joint press conference with the Jordanian leader. “They don’t have much to offer when it comes to actually building things.”

The violence in Syria has been “heartbreaking,” Obama said , adding that the continued loss of civilian life, “should compel all of us to say, ‘what more can we do?’”
Noting that he was waiting to see the results of a United Nations investigation into whether Assad’s military had used chemical weapons, Obama reiterated that if so, this would constitute the crossing of a red line which would require a change in American involvement.