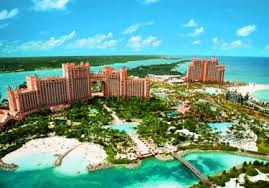 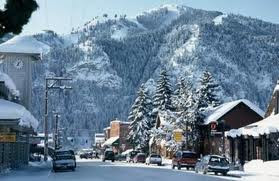 First Sasha and Malia went to the fabulous 'Atlantis' resort in the Bahamas.

Sasha and Malia Obama are quietly vacationing at the Atlantis resort on Paradise Island in the Bahamas, Breitbart News has learned.

A source tipped Breitbart News off to the First Daughters’ spring vacation, which was not publicly announced or reported.

Now, they are on a ski trip to Sun Vally, Idaho.

A local news affiliate in Idaho reported that the first daughters, Sasha and Malia Obama, are on a Spring Break ski trip in Sun Valley, Idaho. The story quickly spread across the Internet when picked up by the highly trafficked Drudge Report website.

The WH has confirmed they had the ski trip story scrubbed from a local news source.

UPDATE: The White House has confirmed the report was removed on their request. From Kristina Schake, Communications Director to the First Lady:

From the beginning of the administration, the White House has asked news outlets not to report on or photograph the Obama children when they are not with their parents and there is no vital news interest. We have reminded outlets of this request in order to protect the privacy and security of these girls.

It's good to be the daughters of the King. The school kids who wanted to tour the White House on their spring break are hardest hit. 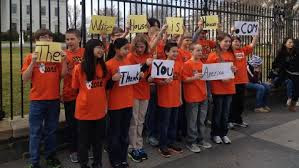 We have a lot of money in the USA. The 0's don't see any point in economizing...that's for us peons.