President Obama’s Energy secretary nominee is cool with tripling the cost of energy... 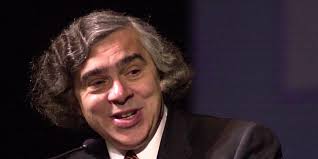 Is he insane or just completely out of touch with the struggles of ordinary Americans?


President Obama’s Energy secretary nominee regards a carbon tax as one of the simplest ways to move the energy industry towards clean technologies, though he notes that government would have to come up with a plan to mitigate the burden this tax places on poor people, who would pay the most.