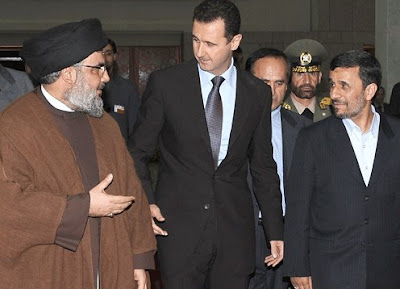 According to the unconfirmed reports, Assad was shot by a bodyguard is is either dead or "between life and death" in a Damascus hospital..


The sources said that President Assad was transferred to Shami Hospital in Damascus, suffering from wounds and described it as very serious, and he is fighting for his life there, while the Syrian army has closed all roads leading to the hospital. Even the meantime there has been no official statement by the system, while sources close to him denied what was in the news altogether, noting that the president was in good health and high spirits, and will deliver a keynote speech in the coming days.

Nobody should be gloating right now. If Assad dies, it would be comparable to the assassination of Archduke Ferdinand of Austria, whose death sparked World War I. Until the Civil war, Assad has been a model of secularism. Jihadis' goal is to establish Shariah-- and a geographic base for launching attacks on Israel, which Assad has prohibited. It would usher a generation of unprecedented violence in the region.