Bloomberg: “I Do Think There Are Certain Times We Should Infringe On Your Freedom”… 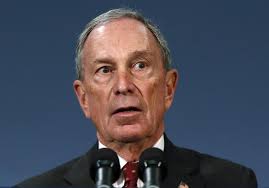 Times like when we want a drink of pop?


When visiting New York City, check your personal freedoms at the door — at least as long as Mayor Michael Bloomberg is in charge.

“I do think there are certain times we should infringe on your freedom,” he said on Sunday morning.

Bloomberg appeared on NBC‘s ‘Meet the Press,’ where host David Gregory grilled the Mayor about his failed soda ban, something Bloomberg said he would appeal.

“We think the judge was just clearly wrong on this,” the Mayor said. ”Our Department of Health has the legal ability to do this.”