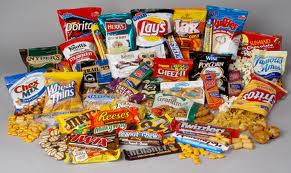 They always were slow learners over at the Washington Post. Normal people who grocery shop for themselves have been aware of this for a long time...


Kudos to The Post’s Eli Saslow for a vivid story in Sunday’s paper about the burgeoning federal Supplemental Nutrition Assistance Program (SNAP) and its impact on struggling Woonsocket, R.I. Because of the 2008-09 recession and new eligibility rules, SNAP enrollment has expanded to 47 million people, including a third of Woonsocket’s 40,000 residents. SNAP’s total cost in 2012 was $78 billion, triple the 2003 level.

I read Saslow’s story with mixed feelings: pride in a generous nation that spends such sums to fight hunger; shame that economic conditions make it necessary to do so; and worry about the long-term consequences of dependency on SNAP.

In short, this immense nutrition program pays for a lot of stuff that is the opposite of nutritious. Keep on reading…