Rep. Paul Ryan's budget is making democrats sick or something... 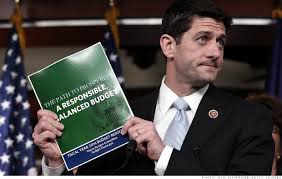 
House Budget Committee Chairman Paul Ryan, R-Wis., has some “downright sickening” plans today, according to the campaign arm of the House Democratic Caucus.

“This is downright sickening,” the Democratic Congressional Campaign Committee emails (signed “Democratic Headquarters”) said in an email today.  “Today, House Republicans will vote for Paul Ryan’s Medicare-destroying budget. And guess what Ryan’s doing right after? Here’s what: Hosting a lavish fundraiser in the shadow of the Capitol, hobnobbing with those who will benefit the most from his budget — deep-pocketed millionaires and billionaires.”