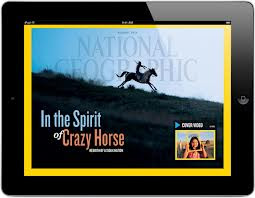 This study is more important than education benefits for our military?


(CNSNews.com) – The federal government is spending $227,437 to investigate how animals have been depicted in National Geographic magazine over a span of 120 years, which federal officials say is an “innovative study” that will examine “images of animals to see how people have changed their view of the natural world.”

The grant was issued March 4 from the National Science Foundation (NSF) to Michigan State University to look at how animals were depicted in the science magazine from 1888 to 2008.

“Studies of other popular media representations of animals and human-animal relationships have found that animals are often portrayed as problems or nuisances, and we know that media influences attitudes and behavior,” NSF spokeswoman Deborah Wing told CNSNews.com in a written response to questions about the grant. “Predators like wolves and coyotes have been consistently portrayed as a threat.