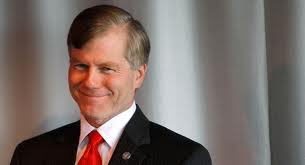 
Richmond, Va. (AP) — Virginia law will require all voters to have photo IDs beginning next year.

Gov. Bob McDonnell signed a bill Tuesday that his fellow Republicans said was a safeguard against voter fraud. Democrats bitterly denounced the legislation as a Jim Crow-era tactic to suppress the votes of the elderly, minorities and the underprivileged.
The legislation provides for a free valid ID with the bearer’s photo to any registered voter who lacks one.

Along with signing the legislation, McDonnell issued an executive order directing the State Board of Elections to start a public education program to tell voters about the new requirement before the 2014 congressional and U.S. Senate elections.