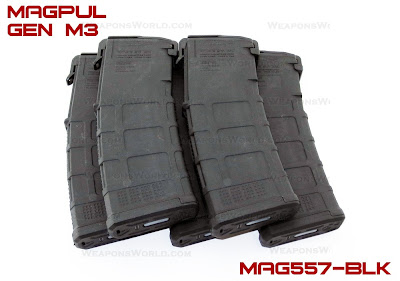 
Apparently Gov Hickenlooper has announced that he will sign HB 1224 on Wednesday. We were asked for our reaction, and here is what we said:

We have said all along that based on the legal problems and uncertainties in the bill, as well as general principle, we will have no choice but to leave if the Governor signs this into law. We will start our transition out of the state almost immediately, and we will prioritize moving magazine manufacturing operations first. We expect the first PMAGs to be made outside CO within 30 days of the signing, with the rest to follow in phases.

We will likely become a multi-state operation as a result of this move, and not all locations have been selected. We have made some initial contacts and evaluated a list of new potential locations for additional manufacturing and the new company headquarters, and we will begin talks with various state representatives in earnest if the Governor indeed signs this legislation. Although we are agile for a company of our size, it is still a significant footprint, and we will perform this move in a manner that is best for the company and our employees.

It is disappointing to us that money and a social agenda from outside the state have apparently penetrated the American West to control our legislature and Governor, but we feel confident that Colorado residents can still take the state back through recalls, ballot initiatives, and the 2014 election to undo these wrongs against responsible Citizens.