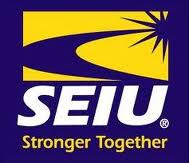 Union management is demanding concessions on their pensions and health care. Does this sound familiar?


There’s nothing more embarrassing for union bosses than their own unionized staff striking against them or, in this case, threatening to strike.

In San Francisco, SEIU staff, represented by the left-wing Communications Workers of America, has been without a contract since their contract expired last September.

SEIU boss Roxanne Sanchez, according to the San Francisco Bay Guardian, is trying to get her union staff to give concessions on their pensions and health care.

Last week, after months without a contract, 94% of the SEIU’s own union staff voted to strike.

After several cancelled negotiating sessions between the two sides (which haven’t met since our story was published), CWA last week called for a strike authorization vote that was approved by 94 percent of voting members. CWA Area Director Libby Sayre and Nick Peraino, a CWA shop steward at Local 1021, say the vote repudiates Sanchez’s characterization that it is a small but vocal group that is unhappy with management.

“We’re very much united in our position and our willingness to do what it takes to get a decent contract,” Peraino told us. Sayre told the Guardian, “There is widespread sentiment they’re being low-balled by management.”