Your Tax Dollars at Work: 2.7 million to study why lesbians are likely to be drunks... 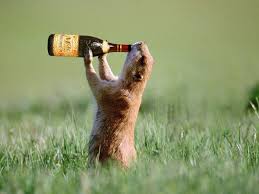 Last week we learned tax payers spent $1.5 million to find out why lesbians are more obese than gay men...


(CNSNews.com) – The National Institutes of Health (NIH) has awarded $2.7 million to study why lesbians are at a higher “risk for hazardous drinking.”

The University of Illinois has received grants since 2009 for its project, “Cumulative Stress and Hazardous Drinking in a Community of Adult Lesbians,” which aims to develop “culturally sensitive” strategies to prevent lesbians from being drunks.

“Studies using both probability and nonprobability samples provide ample evidence of lesbians’ vulnerability to hazardous drinking,” the grant’s description reads. “However, very little is known about the factors that increase lesbians’ risk for hazardous drinking.”
“We propose to build on and extend our study of sexual identity and drinking… to model effects of cumulative stress on hazardous drinking among lesbians.”