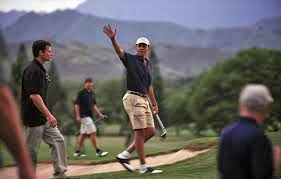 
Overshadowed by the bungled debut of Obamacare and congressional gridlock, most Americans in a new poll dubbed 2013 a bad year that will be quickly forgotten. For more than four-in-10, the perils of 2013 hit home hard.
“Put simply, most Americans are happy to see 2013 go,” said the latest Economist/YouGov Poll.
— 54 percent called 2013 a “bad year” for the world. Another 15 percent called it a “very bad year,” with just 3 percent calling it a “very good year” and 29 percent a “good year.”
— Only 13 percent of Republicans say 2013 has been a good year for the world.
— 41 percent called 2013 a bad or very bad year for their families.
Keep on reading…

Email ThisBlogThis!Share to TwitterShare to FacebookShare to Pinterest
Labels: 2013, poll