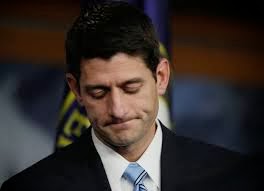 Paul Ryan betrayed veterans and conservatives in his budget deal with the devil democrats. He then sent a fundraising letter to one of the veterans he betrayed. Here is the veteran's response.

I’m still mulling this Paul Ryan budget deal that stole money from every military retiree (past, present and future). This morning, upon opening my email, I noticed I had a letter from Congressman Paul Ryan…and it was begging me for an “emergency end of the year donation.” It only proves what we already know. The folks in Washington are indeed clueless. Instead of hitting the delete button, I decided to call Congressman Ryan out on his audacity and lack of self-awareness. I sent the following to him. I’m also posting it on the FB USAF Chiefs page as an open letter to the Congressman. If you’re a retiree, I will tell you we may have lost the battle, but not the war. If you’re inclined and find it worthy, let’s flood social media with this letter and see if we can get some traction. Thanks.

To Congressman Paul Ryan
Today at 8:19 AM
Congressman Ryan,
Please note that this request by you for a cash donation from me is extremely unfortunate and very ill-timed. You see sir, I am one of the military retirees your “bipartisan” budget just impacted. You and every Republican (both in the House and Senate that voted to pass this travesty betrayed and broke trust with me and everyone like me. You may not know us by name, but we’re the people, Congressman, who answered our Nation’s call, some of us at a very early age to willingly serve YOU and others LIKE YOU so you could safely attend college and pursue your personal ambitions without fear of harm.
You might also want to note that for at least 20 years, my brothers-in-arms answered that call of duty EVERY SINGLE DAY, without fail, without complaint, without enough money to sustain our loved ones we had to leave behind while we DID OUR JOB in every corner of the Earth. And for that service, we were given absolute assurance our so-called retirement benefits would be protected by law. The very law you shattered in your zeal to impress your Democratic cohorts in your back room deal–with the enemy. Yes, I said it. The liberal Democrats are an enemy to the American people and our Nation. Your lack of judgement and eagerness to compromise on the backs of us who protected you is sickening. Congressman, you and every Republican that voted for injuring military retirees have engaged in a complicit, sordid affair with the Democrats who’s objective has always been to dismantle the military. By climbing into their bed on this issue, you have confirmed you are absolutely no better than they and have proven it with your vote.
Congressman Ryan, the audacity which you display is noteworthy, but to unceremoniously snatch earned money from a small group that has added so much more value than the paltry $6B you looked to “save” (which is all smoke and mirrors and you know it), is reprehensible and insulting.
We have, despite the hardships, meager salaries and harsh conditions, have performed with honor and excellence…in silence, which is something most members of Congress have no idea about doing. Our job approval was, is and always be better than yours. We knew our mission and we got it done, then handed it off to a new generation in better shape than we found it.
Your ability to look us in the eye, take money from us (apparently there was ZERO, other source of waste within the federal government that you could have recovered this money from…right, got it), while simultaneously holding your hand out to beg (with passion) for our cash is stunning. Your actions have proven you do not have the tremendous intellect you’ve sold the American people on. I say, with all seriousness, Congressman, what you lack in intellect and spinal rigidity, you make up for in cajones.
I hope you and your cowardly, Republican “colleagues” hear a message from me loud and clear. You will NEVER receive another cent of financial support from me. Further, if you happen to be at a Capitol Hill dinner or at a K Street cocktail party with RNC Chair Reince Priebus, Rep. Ron Barber, Sen. Jeff Flake or Sen. John McCain, I would be honored if you communicate with them that I am launching an effort to ensure NONE of you traitorous “representatives of the people” ever receive another vote from a military retiree. Remove me from your contact lists.
Chuck Wooten,
Chief Master Sergeant, USAF (Ret)
Read more here.
Posted by Bluegrass Pundit at 9:31:00 AM