Poll: 8 in 10 blame Obama and democrats for people losing their healthcare plans... 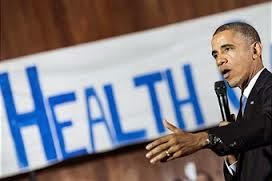 
One in four Americans have either lost their health insurance because of Obamacare or know someone who has, according to a new poll shared first with The Daily Caller.
The YG Network Congressional District Poll of 1,652 likely voters in 11 competitive U.S. House districts indicates Obamacare will be a powerful issue that motivates voters in important races in 2014.
Twenty-seven percent of respondents claimed knowing someone or personally receiving a health-insurance cancellation notice. Seventy-three percent said they didn’t have that experience.
In the same poll, 57 percent said these cancellation notices would be one of the most important issues in the 2014 election cycle. More than eight in 10 of those polled blamed both congressional Democrats and President Barack Obama for the cancellations.
Keep on reading…