Democrats want to end the death penalty for treason... 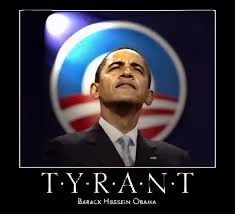 Barack Obama is most pleased...


Rep. Donna Edwards (D-Md.) and seven other Democrats have proposed legislation that would eliminate the possibility of imposing the death penalty for a range of federal offenses, including several categories of murder and crimes against the government like treason and espionage.
The Federal Death Penalty Abolition Act, H.R. 3741, would end the death penalty for assassination or kidnapping that results in the death of the president or vice president, and also ends it for the murder of a member of Congress.
Under the bill, the death penalty could no longer be used to punish people for using a weapon of mass destruction, or murder done via torture, child abuse, war crimes, aircraft hijackings, sexual abuse, bank robberies or the willful wrecking of a train.
Using chemical or biological materials to kill could also no longer result in the death penalty, nor could deaths related to treason or espionage. The death or injury of an unborn child could not result in the death penalty either.
Death of state or local law enforcement officials, using the mail to kill, kidnapping and killing people to stop them from testifying could no longer lead to the death penalty, nor could the use of firearms or armor piercing ammunition during any crime of violence.