GM CEO not interested in paying back $10 billion bailout loss... 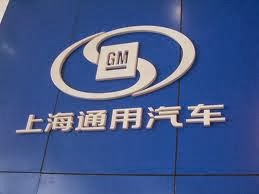 I, and many other Americans,  will never by a GM car.


WASHINGTON -- The General Motors bailout may have cost the government $10 billion, but GM CEO Dan Akerson rejects any suggestion that the company should compensate for the losses.
He says Treasury officials took the same risk assumed by anyone who purchases stock.
"I would not accept the premise that this was a bad deal," Akerson said during a question-and-answer session at the National Press Club in Washington. He also said the government's $49.5-billion aid to GM helped save billions of dollars in tax revenue and government social services.
Akerson spoke in the wake of Treasury announcement last week that it sold its last shares in GM and Akerson's decision to retire in January. The automaker's board of directors named Mary Barra, the company's first CEO, to succeed Akerson.
The speech also came as GM announced it is investing $1.2-billion in five U.S. plants, which Akerson said is a recognition that after 15 straight profitable quarters the automaker can't rest on its success.