CBS Report: WH delayed imposition of unpopular regulations until after Obama was re-elected... 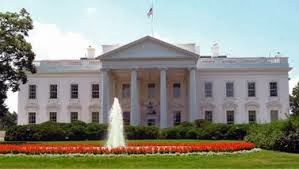 Politics is a game to Obama and his cronies...


In an effort to ease President Obama’s reelection bid, the White House delayed the imposition of a series of regulations affecting Obamacare and environmental protection ahead of the 2012 election, according to a new report in the Washington Post.
While the administration has said its approach to regulatory review is consistent with that of previous administrations, several former administration officials told the Post that the delays were longer under Mr. Obama than his predecessors, and that the motive behind them was clearly political.
The regulations in question governed some of the most politically sensitive aspects of the president’s agenda. One determined which Americans would qualify for subsidized health insurance under Obamacare’s federal and state exchanges. Another defined the minimum coverage standards that insurance plans must meet under the new law.
Several environmental regulations were also delayed, including a rule requiring cleaner gasoline and lower-pollution vehicles that critics in the oil industry warned would increase the cost of gasoline. That rule was ready in December 2011 but was only issued in March 2013. Other regulations delayed until after the election dealt with coal ash disposal and emissions caps on existing power plants, according to the Post.
Keep on reading…