Revenge: India cuts off U.S. diplomats cheap booze to protest the strip search of their diplomat... 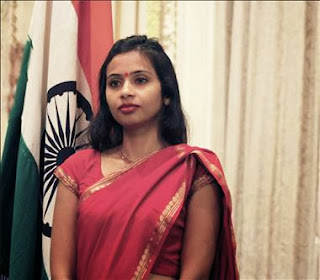 Actually, it has been reported the strip search included a body cavity search. Our law enforcement personel have become thugs with no common sense. If Obama ever visits India again, they should return the favor.


India has blocked perks such as cheap alcohol and food imports at the U.S. Embassy after one of its top diplomats was arrested on fraud charges and strip-searched in New York City.
Deputy Consul General Devyani Khobragade has been accused of submitting false documents to obtain a work visa for her Manhattan housekeeper, an Indian national whom she allegedly paid less than $3 an hour.
The 39-year-old diplomat's arrest has sparked a storm between the U.S. and ally India, with lawmakers in Delhi calling her alleged treatment "despicable" and "barbaric."