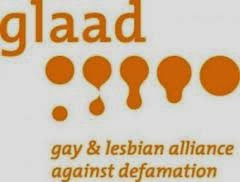 GLAAD are the anti free speech Nazis who instigated this whole faux outrage.

In the fallout over Wednesday’s suspension of “Duck Dynasty” star Phil Robertson by A&E for anti-gay and racist remarks, GLAAD is experiencing record levels of backlash.

“In the five-and-a-half years I’ve worked at GLAAD, I’ve never received so many violently angry phone calls and social media posts attacking GLAAD for us speaking out against these comments,” the media watchdog organization’s vice president of communications Rich Ferraro told TheWrap.

He said those reactions range from those who simply believe as Robertson believes to those who feel that GLAAD and A&E’s actions limit the reality star’s free speech.

“I don’t think this is about the first amendment,” Ferraro said. “I feel it’s more about the America we live in today. That is one where Americans, gay and straight, are able to speak out when people in the public eye make anti-gay and racist remarks.”
Robertson’.[...]


GLAAD spoke with A&E representatives on Wednesday morning to discuss why people would be offended by the comments and calls to action. ”They took this very seriously, as soon as the news broke,” Ferraro said.

After the meeting, GLAAD issued its statement on Robertson’s comments. A&E initially released a statement from Robertson in which he said he would “never treat anyone with disrespect just because they are different from me.” But the network declined to comment itself until Wednesday night, when it announced the suspension, which GLAAD applauded.