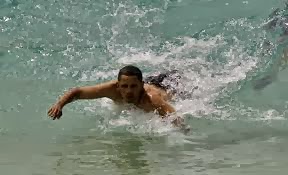 The country would be better if he never returned to Washington...


President Obama and his family will leave Washington Dec. 20 for a 17-day holiday vacation in Hawaii.
The White House announced Friday that the Obamas will depart next week after what is expected to be a light work schedule for the president in Washington.
The president and his family traditionally spend their Christmas break in a rented home on Oahu with spectacular ocean views.
For his first three years in office, Mr. Obama rented a $24,500-per-week gated Plantation Estate...