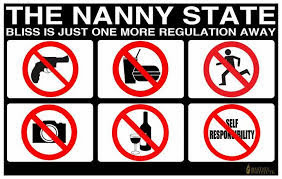 
Americans want the government to stop acting like their mother.
According to a Reason-Rupe poll, Americans do not want government to ban trans-fats, e-cigarettes, online poker, violent video games or genetic testing kits.
Many Americans are becoming frustrated with the government’s growing involvement in what they believe should be their personal decisions.
For one, they do not want the government to be their personal nutritionist. The poll found that 71 percent of Americans oppose the Food and Drug Administration’s proposed trans-fats ban. Only 24 percent of Americans would support measures to outlaw the additive.
The FDA also mandated that the genetic testing company 23andMe halt production of its DNA testing kits. The agency says the company has not gone through the testing required by the Food, Drug and Cosmetic Act of 1938.
Keep on reading…