Spin: Obama claims "GM has now repaid every taxpayer dollar my Administration committed to its rescue...." 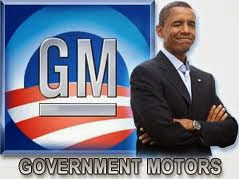 Couldn't we just as easily say "GM has now repaid every taxpayer dollar the previous Administration committed to its rescue, plus billions invested by my Administration?"


When I took office, the American auto industry – the heartbeat of American manufacturing – was on the verge of collapse.  Two of the Big Three – GM and Chrysler – were on the brink of failure, threatening to take suppliers, distributors and entire communities down with them.  In the midst of what was already the worst recession since the Great Depression, another one million Americans were in danger of losing their jobs.
As President, I refused to let that happen.  I refused to walk away from American workers and an iconic American industry.  But in exchange for rescuing and retooling GM and Chrysler with taxpayer dollars, we demanded responsibility and results.  In 2011, we marked the end of an important chapter as Chrysler repaid every dime and more of what it owed the American taxpayers from the investment we made under my Administration’s watch.  Today, we’re closing the book by selling the remaining shares of the federal government’s investment in General Motors.  GM has now repaid every taxpayer dollar my Administration committed to its rescue, plus billions invested by the previous Administration. [...]

How about my GM stock and bonds that became worthless?

How about the secured creditors who had their money confiscated by the government and given to the UAW?

Or the dealers that lost their franchises because they didn't donate to the DNC?