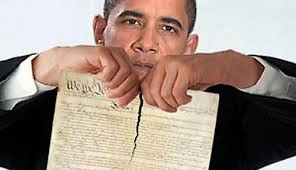 There are probably already enough votes in the House to impeach Obama. The House only needs a simple majority. Boehner lacks the cohones to do it. Of course, we would never get the 2/3 majority needed in the Senate to convict.


The Democratic National Committee (DNC) sent out a paranoid email Saturday evening urging supporters to vote for Democrats so that Republicans can’t impeach President Obama.
The email, subject line “Impeachment,” was sent to Obama for America supporters, imploring them to contribute to the DNC’s 2014 efforts. “What do these people all have in common?,” the email asked, featuring quotes from Republican Sen. James Inhofe of Oklahoma, Rep. Michele Bachmann of Minnesota, Rep. Kerry Bentivolio of Michigan, and Rep. Blake Farenthold of Texas discussing the possibility of impeaching Obama for one of his numerous instances of presidential misconduct.