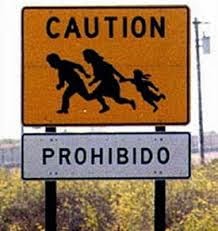 This is so outrageous it sounds like a hoax, but it's not.


The Department of Homeland Security is transporting illegal immigrant children smuggled into the United States to their illegal immigrant parents living in the United States “every day,” according to an Immigration and Customs Enforcement agent. In an interview with The Daily Caller Thursday, the president of the union representing more than 7,000 Immigration and Customs Enforcement officers and staff, Chris Crane elaborated on a recent court order out of South Texas. In the Dec. 13 court order, a federal judge chastised the Department of Homeland Security for transporting illegal immigrant children smuggled to the U.S. and detained at the border to their illegal immigrant parents living in the country — noting that the court had had four such cases in “as many weeks.” “The DHS policy is a dangerous course of action,” U.S. District Court Judge Andrew S. Hanen wrote. Keep on reading…