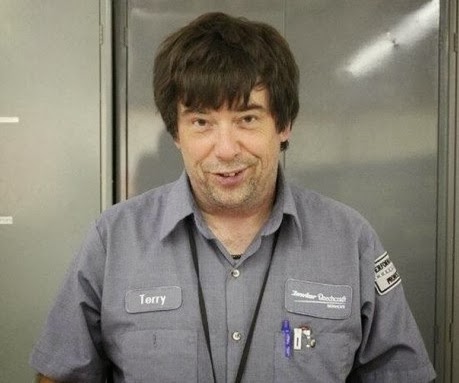 Seriously? If this is the guy, he doesn't look bright enough to blow up an outhouse, much less an airport.


A 58-year-old airport worker was charged Friday with allegedly planning a suicide bombing at a passenger terminal at the Wichita Mid-Continent Airport in Kansas. The suspect, Terry Lee Loewen, an avionics technician who lives in Wichita, was arrested earlier in the day as he attempted to use his security pass to drive a vehicle that he thought contained explosives onto the tarmac at the airport, law enforcement officials said at a news conference in Wichita. In fact, the car contained only dummy explosives.
U.S. Attorney Barry Grissom said Loewen spent months developing a plan to drive a carload of explosives to the airport terminal and that he was determined to trigger the bomb himself and die in the blast.
Loewen, who is white, became radicalized after reading extremist Islamic material on the Internet, Grissom said.

This scenerio STINKS of entrapment.

The man supposedly left a letter that stated he couldn't have done this without the Government's help.

The man didn't have the ability to build a device.

This FBI person probably ENCOURAGED and ENABLED this man to carry out this plot.

To me that smells an awful lot like entrapment.

I predict this man will walk free.