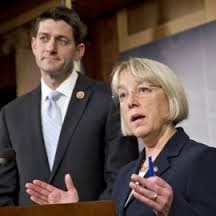 The Senate voted to keep giving welfare to illegal immigrants instead of paying our military retirees the pension they were promised.

A final effort by Senate Republicans to halt cuts to pensions of military retirees failed late Tuesday, after Democrats blocked an amendment to the controversial budget bill.
The two-year budget agreement, which cleared a key test vote earlier in the day, was expected to get a final vote no later than Wednesday.

Ahead of the final vote, Sen. Jeff Sessions, R-Ala., tried unsuccessfully to use a parliamentary tactic to force a vote on the amendment, which he wrote to undo the cuts for military retirees.

A provision in the already House-passed bill would cut retirement benefits for military retirees by $6 billion over 10 years.

Sessions wanted to instead eliminate an estimated $4.2 billion in annual spending by reining in an IRS credit that illegal immigrants have claimed.[...]

Sessions’ office claimed the vote Tuesday to block the amendment was a vote to "cut military pensions instead of cutting welfare for illegal immigrants."