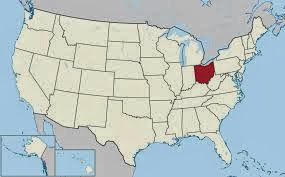 Ohio actually has a voter photo id requirement. can you imagine how often this happens in democratic states where there is no photo id law?


Ohio Secretary of State Jon Husted announced Wednesday that his office found 17 non-citizens illegally cast ballots in the 2012 presidential election — and has referred the case for possible prosecution.
The alleged crime would be a notable case of voter fraud in a key swing state. By law, only American citizens are allowed the privilege of casting ballots for the nation’s leaders.
Ohio officials say that did not stop some from getting around the system.
“I have a responsibility to uphold election law, and under both federal and state law you must be a citizen to vote,” said Husted, a Republican who has aggressively tried to investigate voter fraud cases in his state.
Husted also found that 274 non-citizens remain on the voting rolls.
President Obama beat Mitt Romney in Ohio by just 2 percentage points in November 2012.
Keep on reading…