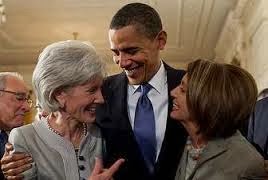 There isn't an affordable plan for many parts of the country.


More than half of the counties in 34 states using the federal health insurance exchange lack even a bronze plan that’s affordable — by the government’s own definition — for 40-year-old couples who make just a little too much for financial assistance, a USA TODAY analysis shows.
Many of these counties are in rural, less populous areas that already had limited choice and pricey plans, but many others are heavily populated, such as Bergen County, N.J., and Philadelphia and Milwaukee counties.
More than a third don’t offer an affordable plan in the four tiers of coverage known as bronze, silver, gold or platinum for people buying individual plans who are 50 or older and ineligible for subsidies.
Those making more than 400% of the federal poverty limit — $47,780 for an individual or $61,496 for a couple — are ineligible for subsidies to buy insurance.
The USA TODAY analysis looked at whether premiums for the least expensive plan in any of the metal levels was more than 8% of household income. That’s similar to the affordability test used by the federal government to determine whether premiums are so expensive consumers aren’t required to buy plans under the Affordable Care Act.
The number of people who earn close to the subsidy cutoff and are priced out of affordable coverage may be a small slice of the estimated 4.4 million people buying their own insurance and ineligible for subsidies. But the analysis clearly shows how the sticker shock hitting many in the middle class, including the self-employed and early retirees, isn’t just a perception problem. The lack of counties with affordable plans means many middle-class people will either opt out of insurance or pay too much to buy it.

In other news, Nancy Pelosi says, “It’s worth the trouble, it’s going to be a glorious thing,”
Posted by Bluegrass Pundit at 10:00:00 AM