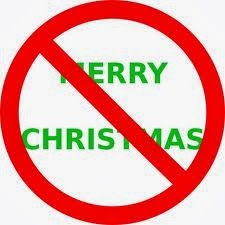 If someone had told you 40 years ago this would happen, you wouldn't have believed it.


They thought it was a kind holiday gesture, but dozens of Prosper students didn't get to deliver the Christmas cards they made for local veterans because of a VA policy against specific religious cards and phrasing.[...]
Gracie and her brother, Luke, put a lot of thought and effort into their Christmas cards.
"It includes ‘Merry Christmas,' and when you open it up, it says 'Thank you for your service' and the American flag," said Luke.
Fifty-two students at Grace Academy in Prosper spent Friday making the cards they planned to hand deliver to bedridden veterans at the VA hospital in Dallas Monday morning.
When Gracie and Luke's mom, Andrea, found out they wouldn't be able to, she was outraged.
"This wasn't the country I grew up in, when you couldn't say ‘Merry Christmas,' you couldn't say ‘God bless you' or reference any scripture," she said.
The cards were the idea of Susan Chapman, a math teacher at Grace Academy. She's married to a veteran and volunteers with the American Legion and other veterans' organizations.
"It really didn't occur to me there would be a problem with distributing Christmas cards," said Chapman.
She didn't find out about the VA's holiday card policy until she called Monday morning to arrange details for the cards' delivery.
"I told him my students made cards, we'd like to bring them down for the veterans," said Chapman. "And he said, 'That's great. We're thrilled to have them, except the only thing is, we can't accept anything that says ‘Merry Christmas' or ‘God bless you' or any scriptural references because of all the red tape.'"

FDR's 1944 Christmas message:
WASHINGTON, D.C. — It is not easy to say "Merry Christmas" to you, my fellow Americans, in this time of destructive war.

Nor can I say "Merry Christmas" lightly tonight to our armed forces at their battle stations all over the world- or to our allies who fight by their side.

Here, at home, we will celebrate this Christmas Day in our traditional American way- because of its deep spiritual meaning to us; because the teachings of Christ are fundamental in our lives; and because we want our youngest generation to grow up knowing the significance of this tradition and the story of the coming of the immortal Prince of Peace and Good Will.

But, in perhaps every home in the United States, sad and anxious thoughts will be continually with the millions of our loved ones who are suffering hardships and misery, and who are risking their very lives to preserve for us and for all mankind the fruits of His teachings and the foundations of civilization itself.

The Christmas spirit lives tonight in the bitter cold of the front lines in Europe and in the heat of the jungles and swamps of Burma and the Pacific islands.

Even the roar of our bombers and fighters in the air and the guns of our ships at sea will not drown out the messages of Christmas which come to the hearts of our fighting men.

The thoughts of these men tonight will turn to us here at home around our Christmas trees, surrounded by our children and grandchildren and their Christmas stockings and gifts-just as our own thoughts go out to them, tonight and every night, in their distant places.

We all know how anxious they are to be home with us, and they know how anxious we are to have them- and how determined every one of us is to make their day of home-coming as early as possible.

And – above all – they know the determination of all right-thinking people and Nations, that Christmases such as those that we have known in these years of world tragedy shall not come again to beset the souls of the children of God.

This generation has passed through many recent years of deep darkness, watching the spread of the poison of Hitlerism and Fascism in Europe-the growth of imperialism and militarism in Japan- and the final clash of war all over the world.

Then came the dark days of the fall of France, and the ruthless bombing of England, and the desperate battle of the Atlantic, and of Pearl Harbor and Corregidor and Singapore.

Since then the prayers of good men and women and children the world over have been answered.

The tide of battle has turned, slowly but inexorably, against those who sought to destroy civilization.

On this Christmas day, we cannot yet say when our victory will come.

They still have reserves of men and military power.

But, they themselves know that they and their evil works are doomed.

We may hasten the day of their doom if we here at home continue to do our full share.

And we pray that that day may come soon.

We pray that until then, God will protect our gallant men and women in the uniforms of the United Nations- that He will receive into His infinite grace those who make their supreme sacrifice in the cause of righteousness, in the cause of love of Him and His teachings.

We pray that with victory will come a new day of peace on earth in which all the Nations of the earth will join together for all time.

That is the spirit of Christmas, the holy day.

May that spirit live and grow throughout the world in all the years to come.