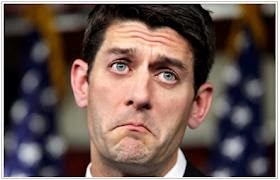 
The White House reiterated Monday that administration officials would not negotiate over the debt ceiling, after House Budget Committee Chairman Paul Ryan (R-Wis.) said over the weekend that Republicans would seek concessions in exchange for extending the limit on borrowing.
“The president’s position has not changed,” said White House press secretary Jay Carney.
Carney said officials were skeptical that Republicans would actually pursue the strategy after the polling hit the party took during the government shutdown earlier this year.
“We do not expect Republicans to walk that path again, precisely because it proved so disastrous,” Carney said.
But Ryan on Sunday indicated the GOP would gather after the holidays “and discuss exactly what it is we’re going to try and get” in exchange for raising the debt ceiling.