Irony: ISIS executes Imam for being too extreme... 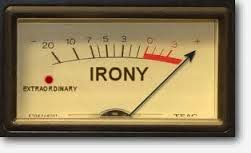 ISIS was kicked out of Al Qaeda for being too extreme. This Imam is hard to imagine...


You heard it right; ISIS Executed an Imam for being too extreme. Al-Arabia had this to say about the latest execution of a popular Imam named Hossein Reza Larry:
“According to sources close to the extremists who are fighting in Syria that the organization (Daash) executed Abba Omar al-Kuwaiti (Hossein Reza Larry) on charges of “extremism.” The sources pointed out that the reasons for the decision taken by Daash is his continuation to preach sermons that were “inciting extremism against members of other Islamic groups especially Al-Nusra front,” and that he continued to launch fatwas calling a fight, “which created a negative impact on the efforts of reconciliation between the two organizations”.