War Drums: 63 percent of Americans back a Pentagon strike against ISIS terrorists 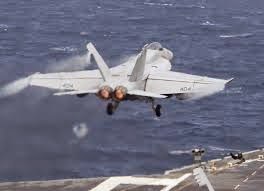 If Obama needs a strategy, I propose one. Let's kill them.


As he waffles on U.S. policy toward terrorists in Syria dubbed ISIS, President Obama is being handed rare American support for a military attack against the terrorists, according to a new poll.
In its latest survey, YouGov.com finds that the nation has done a 180 in just a year, and now supports military action by nearly four to one.
Some 63 percent of Americans back a Pentagon strike against the terrorists to 16 percent who don’t. A year ago, those numbers were reversed when Americans were asked about striking Syrian troops commanded by President Bashar Assad, with 60 percent opposing military action and 20 percent supporting it.
Keep on reading…