LA Voted To Boycott Arizona,, But They Get Some Of Their Electricity From Hoover Dam 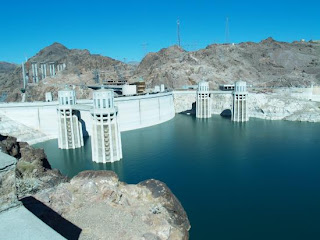 Moonbats on the Los Angeles city council have voted to boycott Arizona.

City Council members who voted 13-1 in favor of the punitive measure said it could affect about $8 million in contracts with Arizona, but Los Angeles must first decide which of those agreements it can break without triggering lawsuits.

Another $50 million in contracts will remain in place but the council directed city department heads to refrain from doing future business with Arizona or companies headquartered there whenever possible.

They must have forgotten where they get their electricity. A significant portion of Arizona's electricity comes from Hoover Dam in Arizona. They also get electricity from coal powered plants in Arizona. If LA continues to buy electricity, Arizona should pull the plug.

The LADWP currently maintains a generating capacity of 7,200 megawatts, in excess of the peak demand of 6,165 megawatts by the city of Los Angeles. It provides this surplus electricity to other utilities, selling 23 million megawatt-hours in 2003. As of 2005, the LADWP operates four natural gas-fired generators within city boundaries, which account for 26% of capacity. It receives 52% of its electricity from coal-fired plants in the city as well as in Utah, Arizona, and Nevada. A further 11% is generated using nuclear power. It receives about 6% of its electricity from hydropower, most coming from Hoover Dam and the rest coming from the aqueduct system itself as the water descends from its mountain sources.

Turning their electric off would serve them right.