Bad News for Democrats, There May be Back-to-Back Ethics Trials of House Democrats 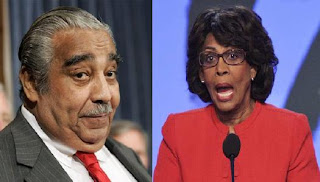 The ethical charges against Rep. Charles Rangel (D-N.Y.) are well know. There have been conflicting reports about whether Rangel has been able to make a deal that would prevent an embarrassing trial. Democrats, including President Obama, seem ready to throw Rangel under the bus. Additionally, the House Ethics Committee is very close to charging Rep. Maxine Waters (D-Calif.) with ethical lapses for the $12 million in TARP money she allegedly help funnel to a bank partially owned by her husband. Waters is reportedly going to force a public trial.