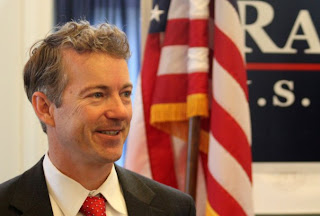 The latest Rasmussen Reports statewide telephone survey of Likely Voters shows Paul picking up 49% of the vote, while Conway earns support from 41%. Four percent (4%) would prefer another candidate, while six percent (6%) more are not sure.

Support for both Paul has been at 49% for three straight surveys while Conway has held steady at 41% or 42%.