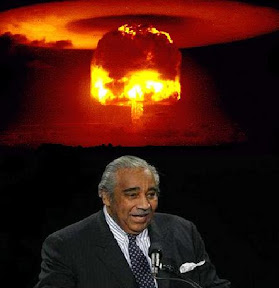 A key member of Nancy Pelosi's 'most ethical congress ever' has been charged with multiple ethics violations. The exact nature of the charges hasn't been revealed. Stay tuned.

A House investigative committee on Thursday charged New York Rep. Charles Rangel with multiple ethics violations, a blow to the former Ways and Means chairman and an election-year headache for Democrats.

The committee did not immediately specify the charges against the Democrat, who has served in the House for some 40 years and is fourth in House seniority. The announcement by a four-member panel of the House ethics committee sends the case to a House trial, where a separate eight-member panel of Republicans and Democrats will decide whether the violations can be proved by clear and convincing evidence.