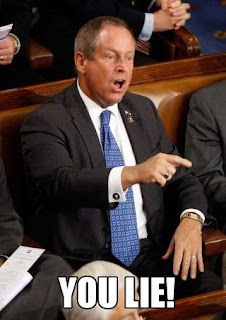 President Obama owes Congress and the American people an apology for lying when he claimed, " “Under our plan, no federal dollars will be used to fund abortions.”

Maryland will join Pennsylvania as the second state to use federal tax dollars to pay for abortions under the new health care law signed by President Barack Obama in March, according to information released by Maryland’s State Health Insurance Plan.

During the debate over the health-care bill, President Obama delivered a speech to a joint session of Congress, saying: “Under our plan, no federal dollars will be used to fund abortions.”

The day the House voted to pass that bill, President Obama also signed an executive order purporting to prevent federal funding of abortions in the programs it created.