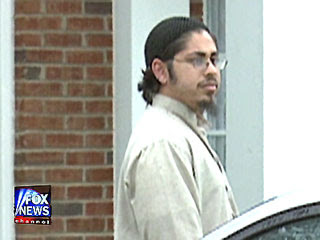 Samir Khan is a naturalized U.S. citizen who was born in Saudi Arabia. His family immigrated here when he was seven years old. For a while, Khan ran an extremist blog, called "Inshallahshaheed" ("A martyr soon if God wills"), that called for the death of U.S. troops in Iraq. Now, Khan is is the editor-in-chief of Inspire, Al Qaeda’s new online magazine. GOP Rep. Sue Myrick is calling for Samir Khan to be stripped of his naturalized U.S. citizen.

A North Carolina man suspected of running Al Qaeda’s new online magazine should be stripped of his American citizenship and charged with providing material support to the terrorist group, a U.S. lawmaker said Tuesday.

U.S. intelligence officials believe that Samir Khan, a 24-year-old web-savvy radical from Charlotte, N.C., is the editor-in-chief of Inspire, Al Qaeda’s new online magazine that features an article purportedly written by Usama Bin Laden, as well as instructions on how to make a homemade bomb....

On Tuesday, Rep. Sue Myrick, R-N.C., a member of the House Permanent Select Committee on Intelligence, said Khan should be stripped of his citizenship and charged with aiding and abetting Al Qaeda in the Arabian Peninsula.