Demo Rep. Maxine Waters is concerned the country is being run by the "Enemy Right-Wing Press" or something 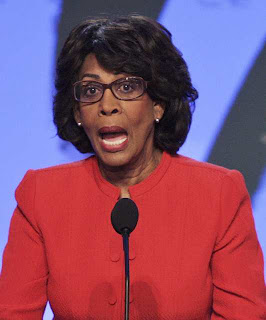 The country is being run by the right-wing press? Aside from talk radio and a few blogs, the only media in the county that will report the conservative side of the news is FOX News and a few newspapers. Most journalists are liberal Democrats who voted heavily for Obama. The nonpartisan Center for Media Studies found FOX News to be the most fair and balanced in a 2007 study (small pdf). A PPP Poll released this year found FOX News the most trusted name in news among the major networks and for good reason. Of course, Maxine Waters doesn't know this information because the liberal media she is addicted to won't report the facts. Consequently, she has developed a distorted and almost deranged world view. Here is what she said today at the Urban League’s Centennial Celebration in Washington.

“The enemy,” according to Waters, is the conservative media. “The same people enemy that just killed off ACORN and other things,” she said.

“The right-wing press is using that platform to literally do their organizing, to intimidate you and basically run this country.”