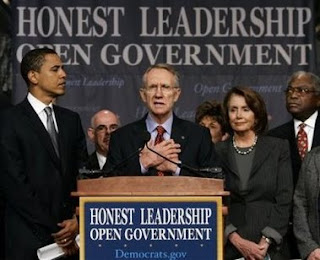 Harry Reid promised liberal activists he would support a filibuster reform bill and continue to ram Obama's socialist agenda down America's throat. However, he would need 60 votes to get cloture and bring the reform bill to a vote. He doesn't have them.

Five Senate Democrats have said they will not support a lowering of the 60-vote bar necessary to pass legislation. Another four lawmakers say they are wary about such a change and would be hesitant...