The Most Liberal Senator Dodges His State Yacht Tax 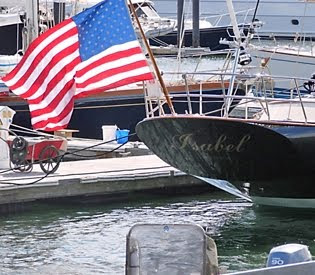 Well known tax hiker and the man National Journal rated as the most liberal Senator four times, has registered his 76-foot luxury yacht in Rhode Island instead of his home state of Massachusetts. This move has saved him approximately $500,000 in sales and excise taxes. Liberals love to raise taxes, but they want someone else to pay them.

Sen. John Kerry, who has repeatedly voted to raise taxes while in Congress, dodged a whopping six-figure state tax bill on his new multimillion-dollar yacht by mooring her in Newport, R.I....

But instead of berthing the vessel in Nantucket, where the senator summers with the missus, Teresa Heinz, Isabel’s hailing port is listed as “Newport” on her stern....

Kerry lost his most liberal Senator title to then Senator Barack Obama in 2007.
Posted by Bluegrass Pundit at 5:08:00 AM