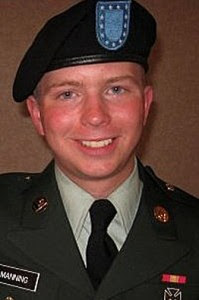 The person or people responsible for the WikiLeaks Afghanistan documents release should be tried for treason. They will soon have blood on their hands. Pfc. Manning (pictured above) has been implicated in the leaks.

The Taliban has issued a warning to Afghans whose names might appear on the leaked Afghanistan war logs as informers for the Nato-led coalition.

In an interview with Channel 4 News, Zabihullah Mujahid, a Taliban spokesman, said they were studying and investigating the report, adding “If they are US spies, then we know how to punish them.”