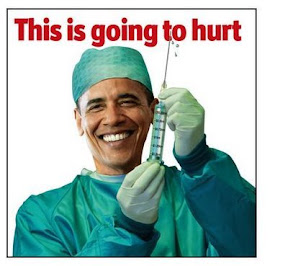 Obamacare care will extend coverage to 32 million Americans according to Democrats. Half of that extended coverage will come by adding 16 million people to Medicaid rolls. Unfortunately for them, many times Medicaid patients have poorer outcomes than those with no insurance at all.

Avik Roy makes a frequently overlooked point: Numerous studies suggest that Medicaid, the federal-state partner program that provides health coverage to low-income individuals, produces sub-par health outcomes. And that’s not only when compared with private insurance. In numerous studies looking at health outcomes for patients with specific maladies, Medicaid recipients fare worse or no better than those who have no insurance at all. And the cost for those outcomes is enormous; in 2008, according to the National Association of State Budget Officers, Medicaid accounted for more than a fifth of total state spending. Care to take a guess where fully half of the health insurance expansion in ObamaCare comes from? That’s right: According to the CBO’s projections, 16 million individuals are expected to enter Medicaid by the end of the decade. In some cases, that means that individuals who were previously on private health insurance will end up being shifted to Medicaid.